Hepatitis C Research:  This  trend to law suits was completely predictable, but right?  I think not.  In the words of a friend of mine “Fuck me, what do I know?” 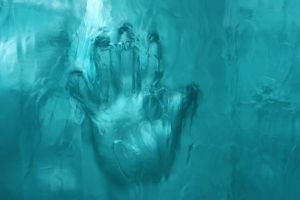 I don’t know the answers, so I raise my hand to ask

Here is one site I found while looking into the topic, www.lloydwright.org    At the end you will note an absence of comment from me. I don’t know why I am lacking compassion. Am I a patient?  Am I a scientist?

http://lloydwright.org/messages/content/i-was-better-hepatitis-c  I was better off with the Hepatitis C!

I have just finished taking Interferon and Ribavirin for Hep C

I have just finished taking Interferon and Ribavirin for Hep C. I took it for 6 months and was cured of HEP C; however, no my liver and kidneys are suffering. Two months ago I had a perfect liver besides some fat. Now, I have Cirrhosis spots and the dr. said it has acquired 2 YEARS of damage in 30 days.
I was wondering if there was any lawsuit I could join or any other programs? I now am facing cancer most likely and have 4 children and nothing to leave behind to help them.
Thanks you. -Jim Thomas

i WANT TO SUE FOR PAIN AND SUFFERING!!!!!

Can you help direct me?  “They never told me that I would be disabled permenantly when I treated in 2006,  My nervous system is a mess.  I have severe panic attacks, depression, eyesight is really bad, still ache all over, agoraphobia.   This has brought me down from being a productive & employed ‘to being below poverty level (cause I’m unstable i cannot hold a job for long) and I have been on the brinks of homelessness for the passed months;  I’ve been suffering since 2006.

This treatment ruined my life!

I found out I caught it at the earliest stages ever

Lloyd Wright, An email friend referred your site. I am currently in a federal law suit for permanent injury sustained from my participation in a clinical trial of PegIntron / Rebetol / Boceprevir. I suffer multi-system sarcoidosis with occular, renal and pulmonary involvement caused by PegIntron and Rebetol treatment.

It is virtually impossible to put an accurate and true dollar value on a loved one lost.

But when a mechanism is set up to try to do that, when responsibility is accepted by government, it is unacceptable for families to lose yet again by failing to receive the full compensation they deserve.

Group to sue over hepatitis C

People with hepatitis C have formed a group to sue the government and drugmakers for damages over their infection during mass vaccinations even though they have no clear evidence, such as medical charts.